That Voice In Your Head…

Here’s the rub: it doesn’t matter if you would call me a failure or not. In my mind, I have failed, but I’m not a failure. That would mean that I have quit or given up or that I am no longer trying to improve myself or make my life better. I don’t know how to quit doing that, so I won’t ever be a failure.

That’s not really what my point is though. Let’s compare myself to my younger brother. He just got back from Germany on a paid internship of sorts at a sister hospital with the one he works at now. Yep, younger bro is a doctor.

He graduated from med school when I was 30. At his graduation, my parents made it a point to tell me that they were just as proud of me as they were of him. It was a sweet gesture and it highlights how great my parents are. I told them “I’m 30, I’m proud of him too.” There wasn’t any jealousy between my brother and I and we pull for each other all the time. I couldn’t be more proud of him!

There was only one person who ever called me a failure; me.

I started my own business last year and failed. I made a little over $500 in sales and spent over $4k on credit cards and out of my 401k to fund it. I ended up with an extra 20k in credit card debt to live on while my business floundered.

I say this because I think we are often our own harshest critics. I think we think of others as somehow more competent than they actually are while simultaneously thinking of ourselves as more incompetent than we actually are. At almost every job that I have had, I remember thinking that I could never learn as much as one of the other co-workers only to find out that I got close to their level in a very short time and eventually passed them. More experience doesn’t necessarily mean better. More experience usually means more repetition, more redundancy.

The voice in your head isn’t always telling the truth! Go out and find what excites you. Try not to give everyone else so much credit and save some for yourself. You are better than you think you are! 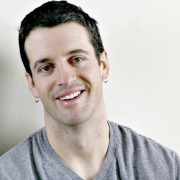 I am a lifestyle coach that specializes in fear. I like to refer to myself as a "fear coach." I help people overcome their fears so that they can have an exciting life and not have a constant worry that things will go wrong. I am a member of the International Association of Professional Life Coaches and I have a M.Ed and a B.A. in Social Science. I am a husband and a father to four adorable girls. I enjoy sports, music and reading in my free time. Contact me at info@conqueringmyfears.com if you are interested in a coach who will help you conquer fear.